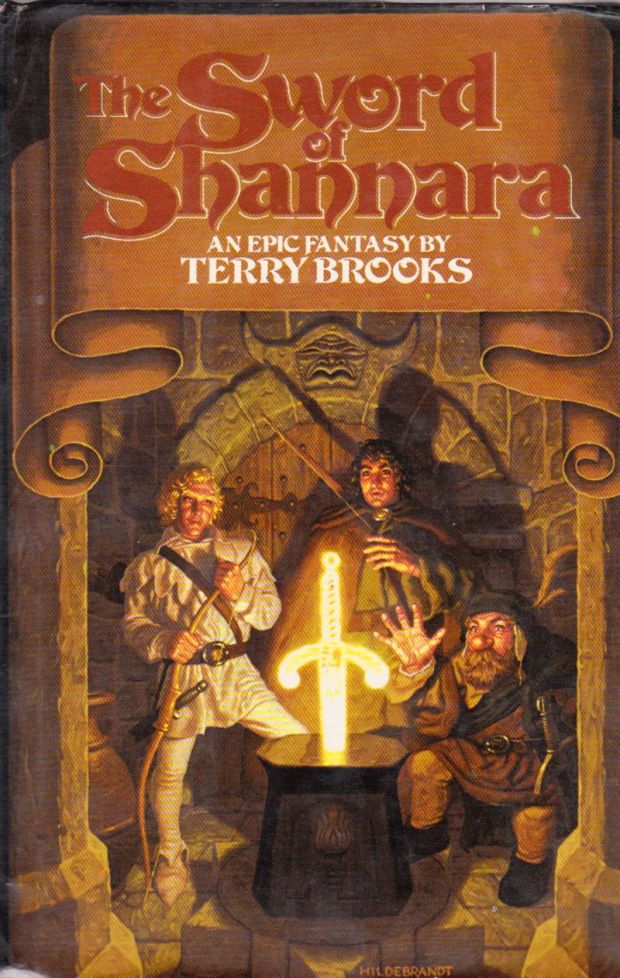 Shea and Flick Ohmsford live in Shady Vale, a quiet community of hard-working folk living in peace. When evil from the North comes looking for the last living descendant of Jerle Shannara, aka Shea Ohmsford, a mysterious Druid by the name of Allanon arrives to help the two escape and embark on an epic quest to find the fabled Sword of Shannara, which has the power to destroy the evil Warlock Lord.

Many critics (and a few of my friends) have universally panned this novel because some say that it’s a blatant rip-off of Tolkien. Admittedly, there are heavy imprints of Tolkien’s influence at work here, but it’s only at the beginning. Towards the end, you begin to truly get a sense of what Brooks is trying to do with his characters, and especially in later novels when he expands to areas that Tolkien never touched and you get to see other elements besides Tolkien’s writing which he drew on, like mythology and history.

I would liken this series to the lovechild of Star Wars and Lord of the Rings, actually.

If you look past the initial similarities (and assuming you like Brooks’ writing style) what you’ll find is an enjoyable romp through the Four Lands and the beginnings of an epic fantasy adventure that seems to be more and more rare these days.

The characters are memorable, the settings are great, the monsters are scary. What more can you ask for?