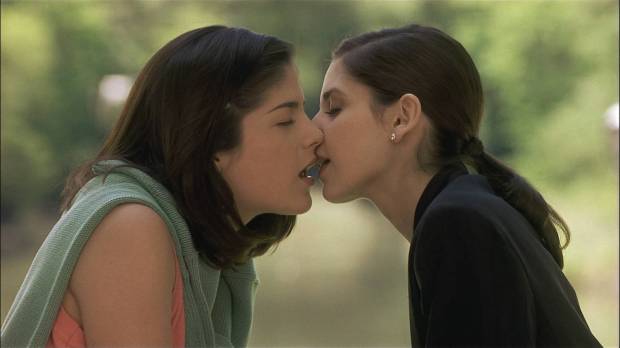 Kathryn Merteuil (Sarah Michelle Gellar) and Sebastian Valmont (Ryan Phillippe) are step-siblings. Both are extremely attractive and twisted individuals. Sebastian can have any woman he wants. Well, almost…except for Kathryn and it drives him crazy. Kathryn decides to make a wager with Sebastian, betting him that he can’t bed a virgin waiting for true love, named Annette (Reese Witherspoon). If he loses, she gets his jaguar. If he wins, she has to sleep with him. How far is he willing to go?

I watched this back when it first came out (I had a thing for Sarah Michelle Gellar. Yes, I did.) I think I appreciated the film less then, than I do now.

On its surface, it’s just a vehicle for the twenty-something actors to look edgy in their fledgling careers, flaunting skin and excess. However, at its core is an express message of sexuality, temptation and virtue that reveals itself at a slow pace throughout the length of the film. (Albeit through the POV of jaded, rich white kids from New York)

Some of the movie watches like a high-school dramatic play, but other times it shines with devious tittilation and complex character motivations. Overall, it’s better than some films in its genre (Such as Wild Things) but it’s not amazing by any definition of the word.

PS – I have never read the novel, Les Liaisons Dangereuses, that it was based on (Choderlos de Lacios) so I can’t speak as to the differences from the book to the film.