When three parapsychology professors – Dr. Peter Venkman (Bill Murray), Dr. Raymond Stantz (Dan Aykroyd) and Dr. Egon Spengler (Harold Ramis) – lose their government grant, they go into business on their own as paranormal exterminators, eventually hiring on Winston Zeddmore (Ernie Hudson) as the fourth Ghostbuster once their business takes off and they can’t handle the volume. However, an ancient Babylonian demon appears in Dana Barrett’s (Sigourney Weaver) refrigerator and summons an army of ghosts which invade New York City, leaving it up to the Ghostbusters to save the day.

I don’t know why I haven’t reviewed this movie yet – it’s pretty much the perfect film.

In any case, those who weren’t born in the 80’s may not appreciate this film franchise. I’ve found that to be the case no matter how good a film is. However, I still think Ghostbusters holds its own against most of today’s comedies, and I think I can say that without being a snob.

The comedic genius of Bill Murray and Dan Aykroyd and Rick Moranis is just unbeatable. Sigourney Weaver was the Megan Fox of her time (but with much better acting talent) and Harold Ramis plays the perfect counterpoint to Murray. Some of the effects are dated, but not too badly. I’ve seen worse production quality on films nowadays, to be honest.

This movie has it all: Action, comedy, horror, sex appeal and proton packs. What more could you ask for? Go see it, if you haven’t. It’s on Netflix!

PS – I met Ernie Hudson recently while I was at Super Megafest in Massachusetts. In case you didn’t catch me posing with him, here are a couple pictures of Zeddmore and I together. I was dressed up as Obi-Wan Kenobi from Star Wars: Episode One, and I got him to use my lightsaber. Initially, he didn’t seem to want to, but once I turned it on he started waving it around for the camera and making karate noises. It was the best day of my life. How can you beat a Ghostbuster swinging around a lightsaber? Here are some pics: 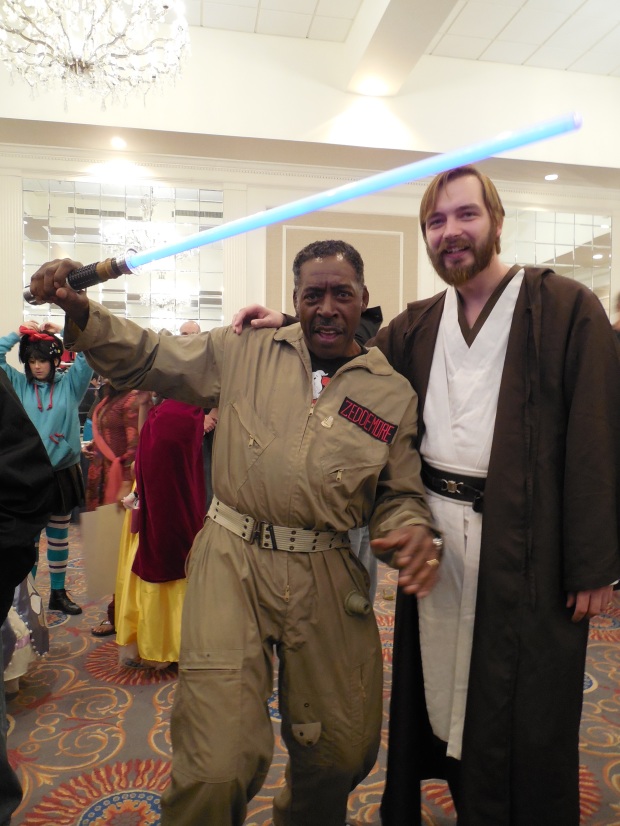 Me, teaching Ernie Hudson (Winston from Ghostbusters) some new tricks! 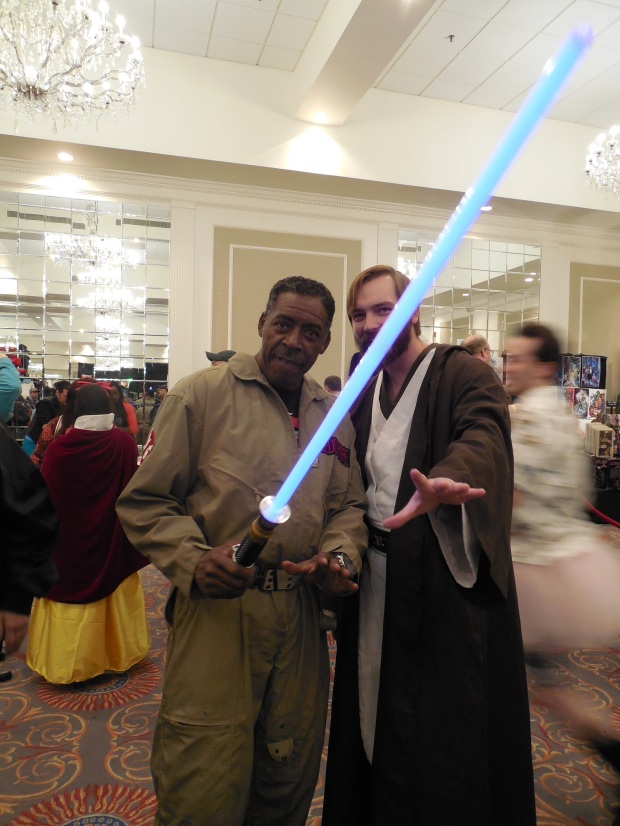 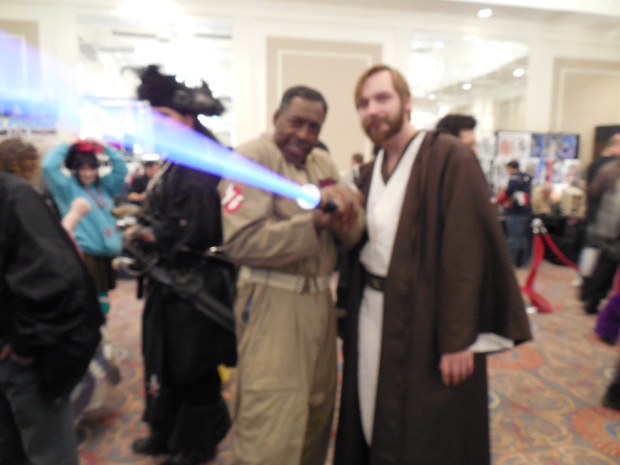