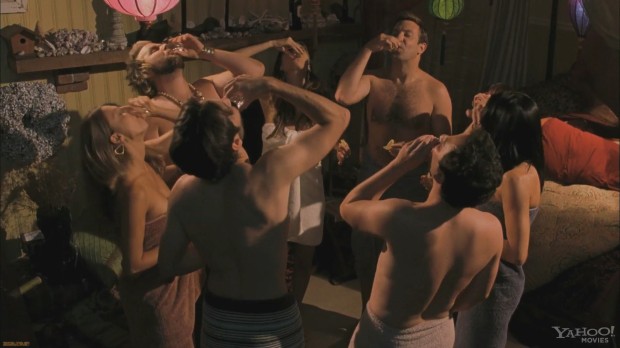 There are a few funny folks in this flick, but the story seemed disjointed and I was never quite sure where it was headed. That could have been a good thing because they didn’t seem to follow some of the same conventions these type of films tend to hold, but there was just no focus.

Sudeikis has never been one of my favorites, and I think he could probably be good in the right role but he (and none of the actors, really) reached out and tried to grab the audience. On top of that, the chemistry between all these friends seemed sparse and mostly artificial. There were a couple of moments where I chuckled to myself but I found no real guffaws.

Worth a view the first time around? Sure. A second viewing? Nah, probably not. There’s not much to quote from this film.